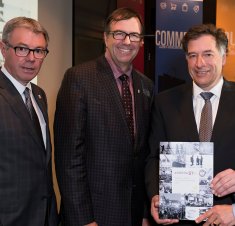 Saint-Hyacinthe Technopole presented its annual report of the city’s economic situation and the organization’s activities in 2016 to a hundred or so local business representatives today. In the midst of an unprecedented real estate boom, the city of Saint-Hyacinthe’s economy is reported to be excellent. Most of the economic indicators are back on an […] 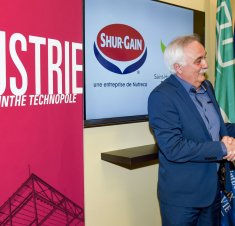 Shur-Gain management announced a considerable consolidation of its activities in its Saint-Hyacinthe office, which will become the animal feed company’s regional office for Eastern Canada. The announcement was made in a press conference by Shur-Gain’s general manager for Eastern Canada, Jean-Pierre Picard, with Saint-Hyacinthe Technopole’s general manager, André Barnabé. The company is investing nearly a […] 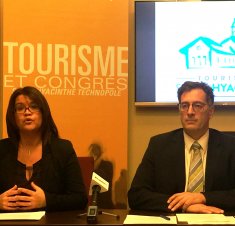 Today, Saint-Hyacinthe Technopole presented the details of the new marketing offensive it will use over the coming months to promote Saint-Hyacinthe and its region as a tourism and business destination. “In the context of our strategic planning, we set a series of very ambitious performance indicators. With regards to tourism development, these target a significant […] 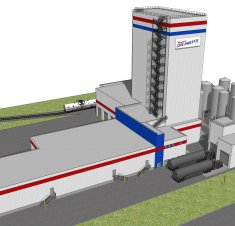 Saint-Hyacinthe Technopole was pleased to receive confirmation that Meunerie Côté-Paquette will be building its new facilities in Saint-Hyacinthe’s Théo-Phénix industrial park. The company’s owners and managers, Mario Côté and Bernard Paquette, recently announced the decision to relocate their activities to the agri-food technopolis, after a fire destroyed their facilities in Ange-Gardien in February 2015. They […] 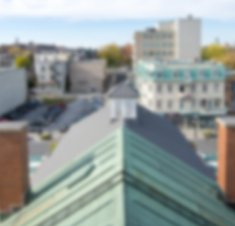 It was with a great deal of satisfaction that Saint-Hyacinthe Technopole learned that the Canadian Federation of Independent Business (CFIB), in its annual study, ranked Saint-Hyacinthe third in Quebec and ninth in Canada’s best cities for starting and growing a business.  The CFIB’s recently published annual study, “Entrepreneurial Communities: Canada’s Top Places to Start and […] 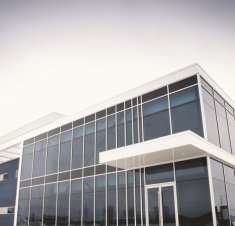 NEARLY $70 M INVESTED AND OVER 100 JOBS CREATED Sterinova inc., a new pharmaceutical company specialized in developing and manufacturing sterile ready-to-use injectable products, recently inaugurated its new plant in Saint-Hyacinthe, in the Montérégie region. Its ready-to-use injectable syringes and intravenous solution bags will meet the specific needs of healthcare professionals. The announcement was made […]

Saint-Hyacinthe Technopole’s Board Chair, Bernard Forget, and General Manager, André Barnabé, announced the organization’s very first strategic plan. Recently adopted by its board of directors, this plan outlines the organization’s economic development objectives for the next three years. “The plan we are presenting today is the result of careful analysis and extensive reflection by the […] 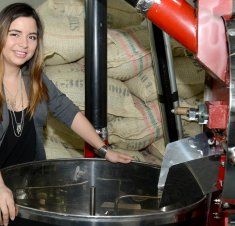 Saint-Hyacinthe Technopole is pleased to announce the opening of a new business in Saint-Hyacinthe. Mareiwa café colombien inc. has set up facilities in the Sainte-Rosalie sector and has already begun production. Founded and managed by young entrepreneur Lorena Meneses, this new sole proprietorship specializes in roasting and distributing high-quality coffee beans. Meneses imports green, 100% […] 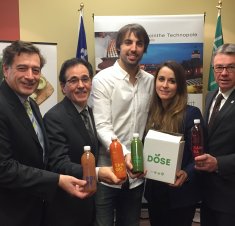 Saint-Hyacinthe Technopole is thrilled to announce that a new agri-food processing company has set up shop in Saint-Hyacinthe. DOSE Juice Inc. chose to pursue its activities in the City of Agri-Food Biotechnology, in a new plant that meets its growth needs. Founded in 2013, DOSE makes and sells 100% cold-pressed juices, certified organic by Ecocert. […]