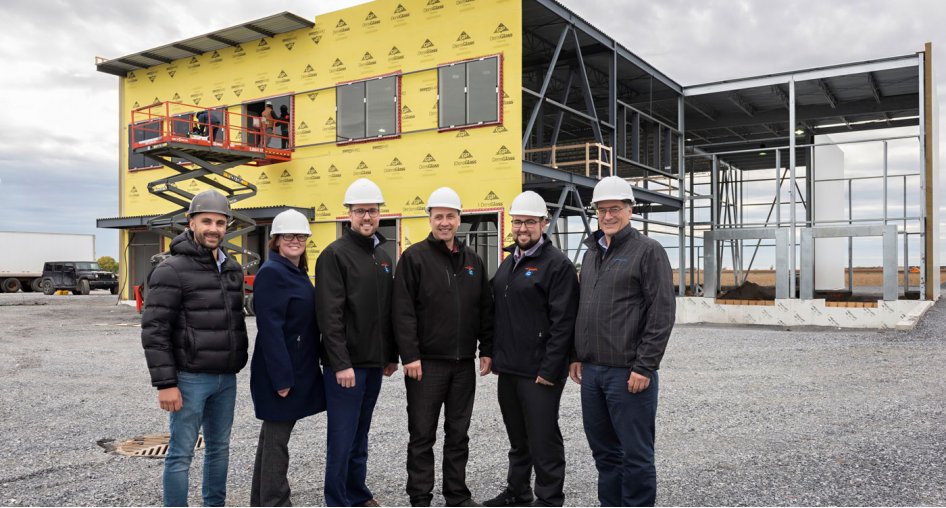 Les Viandes Maska, a Maskoutin enterprise, announced a major investment for the construction of its new production and distribution facilities in the Olivier-Chalifoux industrial park in Saint-Hyacinthe.

This nearly $3.2-million investment was used to acquire a 3,500-square-metre property on Bérard Avenue where a new building will be constructed for the business’s activities. The funds will also be allocated to purchase modern equipment for the processing of meats and deli meats for the retail market.

The 915-square-metre production and distribution facility will triple the company’s storage space compared to its current capacity on Laframboise Boulevard, which the company has outgrown due to significant expansion over the past four years.

The construction work began a few weeks ago and should be completed in early 2022. The new site will host 15 employees and all of Les Viandes Maska’s operations.

Alimentation Serge Marcil, owned by locally renowned entrepreneurs Alexandre Marchand and Martin Benoit, acquired Les Viandes Maska and Boucherie Letendre in 2017. They have been working with Jean-Philippe Ouellet for more than a year to manage the company’s surging growth.

Founded in the 1990s, Les Viandes Maska is a major player in the sale and distribution of deli meats, meats, processed meats and poultry in the Montérégie, Estrie and Centre-du-Québec regions. Its products are primarily intended for restaurants, hospitals, schools, butcher shops, convenience stores, supermarkets, bakeries and sugar shacks.