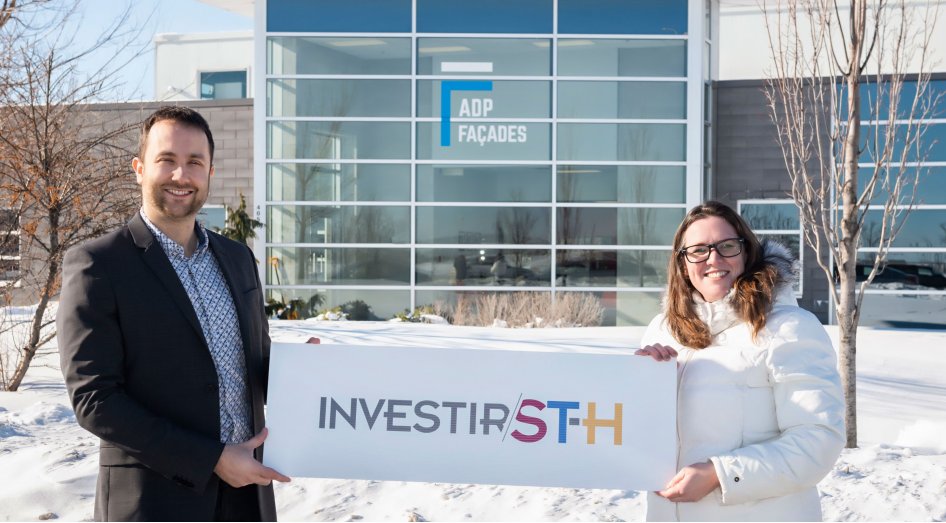 $2.6M investment : ADP Façades is starting up its operations and beginning to recruit for its new plant in Saint-Hyacinthe

ADP Façades, which announced last fall that it would be setting up shop in Saint-Hyacinthe, is preparing to start up production this spring. The company, which specializes in manufactuing window walls, is currently completing the layout and fit-up of its plant, located in a 23,500-square-foot building in Olivier-Chalifoux industrial park.

In addition to an investment of more than $2.6M, ADP Façades’ arrival will create 30 new jobs in the Maskoutan region. The company will soon be accepting applications for a number of positions, including mounter-assembler, saw operator, manufacturing assistant and many others. The company will be holding a virtual hiring event between February 1st and 15th. Job seekers can apply for positions directly on the company’s website at www.adp-facades.com. Those selected will be invited to pass a virtual interview.

Those hired will begin shortly and will undergo training during the production trials in March. Production is expected to officially begin in April.

ADP Façades is an affiliate of the Prévost Architectural group, a Canadian leader in the design, manufacture and installation of architectural building envelopes. The Maskoutan plant’s first production activities will include manufacturing the window walls for the Maestria complex, Montréal’s largest residential project, whose towers will become Canada’s tallest and North America’s third tallest twin buildings.