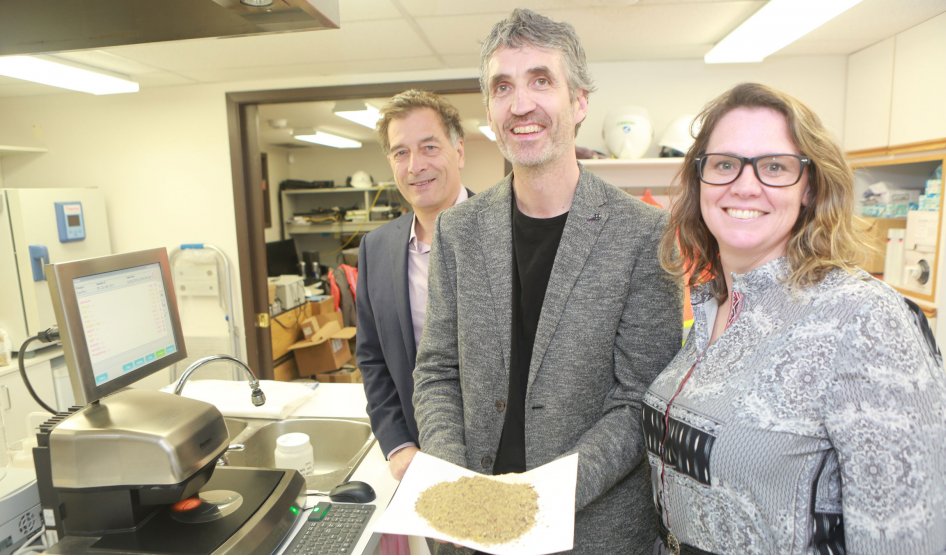 Prorec inc. in Saint-Hyacinthe completes series of investments worth $1.8 million

A new industrial expansion project has just been completed in Saint-Hyacinthe. Prorec Inc., a company specializing in recycling food materials and producing by-products used in animal feed, has made a $1.8-million investment to improve its processing capacities and expand its activities.

Over the last several months, the company has made major improvements to its equipment. It has namely automated part of its production processes and updated certain computer systems to be able to process more volume and greater variety of food materials. Prorec also invested nearly $125,000 into various training and coaching programs for its employees.

Prorec president, Stéphane Le Moine, said: “Our investments over the last year have gone toward adding sorting equipment to recycle large quantities of individually wrapped products, like cookies, candies and chocolate, for example. Before, these products would all be sent to landfills. We will soon also be able to increase our capacity to process wet and highly packaged food materials.”

As part of the expansion project, the company also opened a new production facility in Théo-Phénix industrial park. The 13,500-square-foot space is already being used to recycle packaged food products in preparation for processing. The addition of the site required hiring another four employees, bringing the Prorec team to more than 65.

Prorec has grown considerably since its foundation in 1996, becoming a leader in eastern Canada in repurposing by-products from the agri-food industry. Its business territory, which has expanded far beyond the region and province, now includes the Maritimes, Ontario and several states in the northeastern U.S.

André Barnabé, Saint-Hyacinthe Technopole’s general manager, added: “Over the years, Prorec has become a very important company for the Technopole. It completes our agri-food chain by recovering thousands of tons of waste from our food processing businesses. In doing so, it greatly improves not only the local food production industry, but also the national industry’s sustainability and environmental footprint. We could not be prouder of this company’s expansion and are pleased to have it in our territory.”

The volume of food matter Prorec processes and returns as finished products for animal feed annually represents the equivalent of the harvest from 6,500 hectares of corn fields, which can be directed to other markets, namely food for human consumption.

In 2017, Prorect won a Phénix de l’environnement award as a Quebec business that stands out in the green economy. Presented by the Ministère de l’Environnement du Québec and its partners, the award applauded the company’s ability to serve multinational food companies and help them improve their environmental performance.