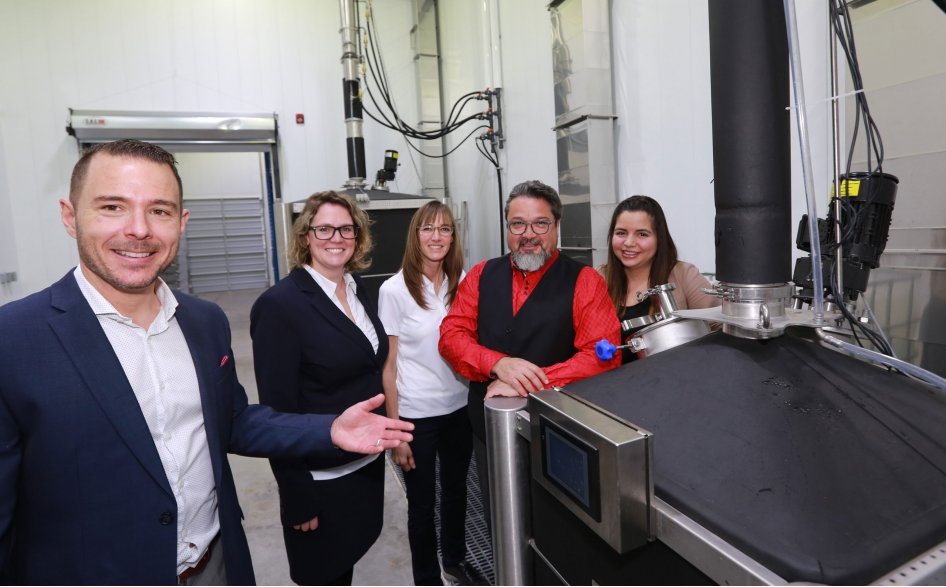 Saint-Hyacinthe Technopole is pleased to announce the opening of a new private incubator for agri-food businesses on its territory. The project is an initiative of Maskoutan project proponent Jonathan Robin, who is completing the acquisition of a building to set up this infrastructure.

The complex, which welcomed its first manufacturing activities a few weeks ago, is located on Choquette Boulevard, in the Olivier-Chalifoux industrial park. The 13,000-square-foot space is already fully occupied by four young food-processing companies: Mareiwa Café Colombien inc., Fixi Kombucha inc., Brasserie Olten with Bilboquet microbrasserie inc., and Distillerie Noroi. The two latter companies will be making an announcement very soon. Note that Robin is a shareholder in all the companies except Mareiwa Café Colombien.

“In creating this incubator, my intention was to set up a space conducive to the success of innovative young businesses in the agri-food sector. More specifically, by grouping beverage-making businesses, the project was developed on the basis of a shared space. Given that other businesses have expressed an interest in joining us, a 12,500-square-foot addition will be added in the spring of 2019,” said Jonathan Robin, the incubator’s owner.

In addition to sharing the same building, the businesses will also be sharing some of the equipment, work and storage areas, and even some of the employees. That is namely the case for the canning equipment and activities, which will be shared by all the incubator’s businesses. Further, group purchases will help the companies enjoy significant economies of scale.

Karine Guilbault, Director of Industrial Development at Saint-Hyacinthe Technopole, added: “We are pleased with Jonathan Robin’s initiative, which is becoming an important economic development tool for our region. Carried out entirely with private funds, the incubator is already attracting new manufacturing investments. It is also a model of the synergy that is possible between different businesses, which we would benefit from emulating.”

A total of $7 M has been invested in the incubator, including funds contributed by the occupying businesses. Given the project’s success, the incubator’s expansion and the addition of new agri-food businesses in the coming year will bring considerable new investments.