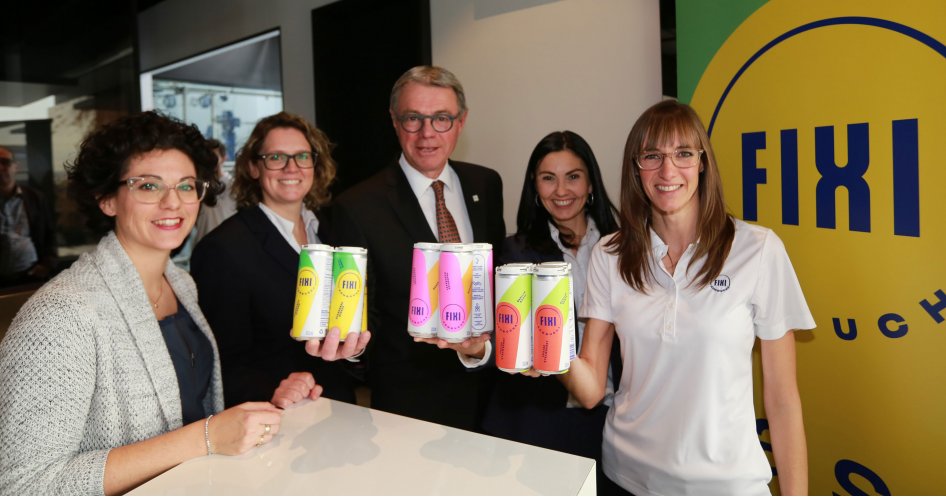 The company will be occupying a 1,000-square-foot space in a new industrial incubator on Choquette Boulevard, in the Olivier-Chalifoux industrial park. Thanks to an investment of nearly half a million dollars, new specialized equipment has been installed, including a fermenter, which will make it possible for Fixi to produce around 500,000 cans of kombucha annually.

Linda Grenon, Fixi Kombucha’s president, said: “Kombucha is very popular right now. In fact, it is one of the five fastest-growing food products in North America. We are aiming for nothing less than becoming the lead retail kombucha maker in Quebec.”

Kombucha is a fermented tea-based drink (using black or green tea) known for its health benefits, namely its energizing and antioxidant properties and its ability to stimulate the digestive and immune systems.

Karine Guilbault, Director of Industrial Development at Saint-Hyacinthe Technopole, added: “Saint-Hyacinthe has always been a leader in the agri-food industry due to its ability to market innovative products with high added value. There have been many examples over the last several years and Fixi Kombucha, which officially launched its activities today, is adding a product to that list. Saint-Hyacinthe Technopole is proud to have supported Linda Grenon and her team through every step involved in starting the new business.”

Fixi Kombucha’s products will be sold in cans and will be available in three flavours: fermented apple and ginger, fermented strawberry and basil, and fermented raspberry and rooibos tea. They will be available soon in grocery and convenience stores throughout Quebec. The company also hopes to introduce them to big-box stores across Canada in the near future.